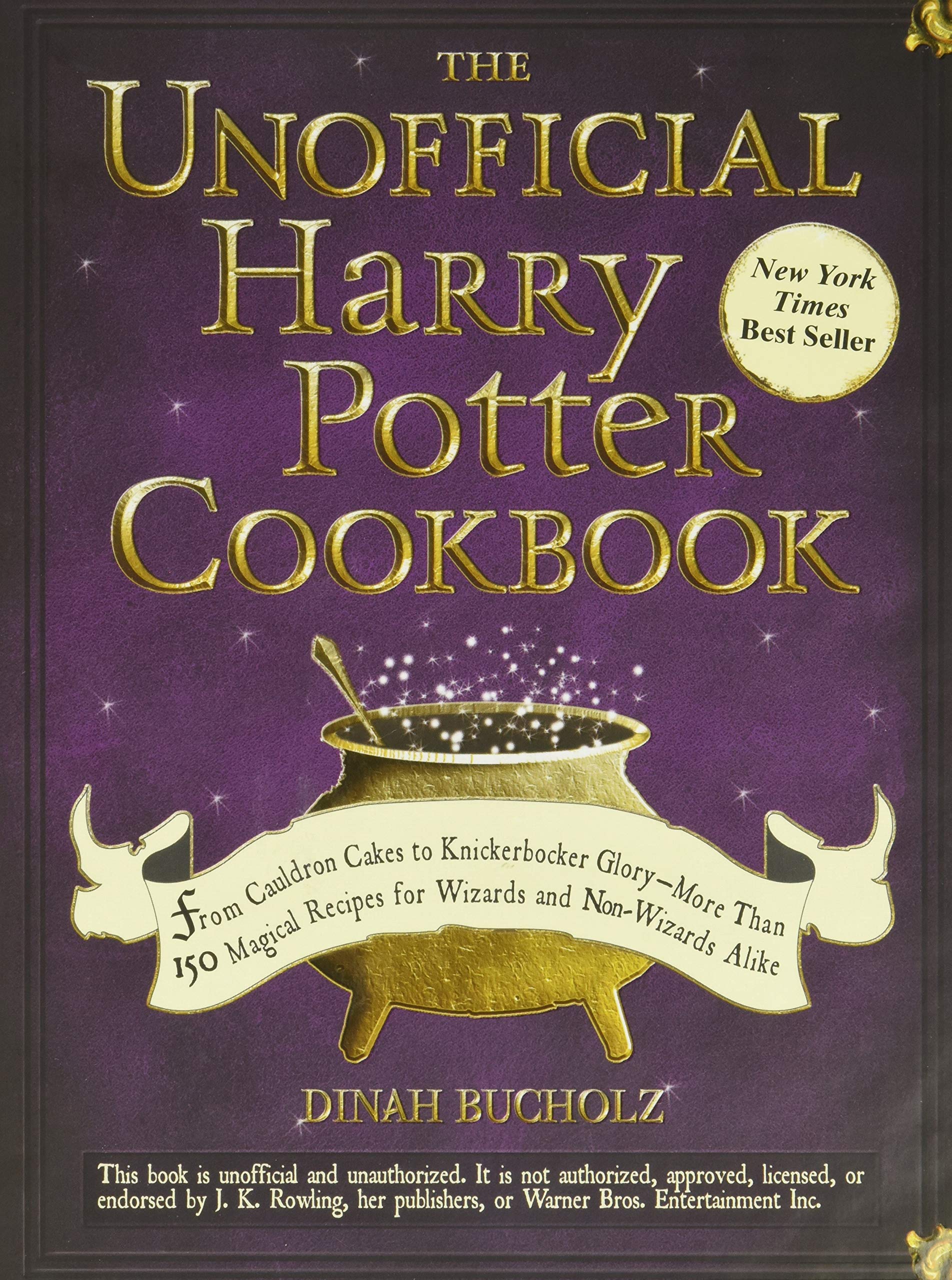 Conjure up feasts that rival the Great Hall’s, sweets fit for the Minister of Magic, snacks you’d find on the Hogwarts Express, and more! This bestselling unofficial Harry Potter cookbook is perfect for chefs of all ages, from new readers to longtime fans—no wands required!

Bangers and mash with Harry, Ron, and Hermione in the Hogwarts dining hall. A proper cuppa tea and rock cakes in Hagrid’s hut. Cauldron cakes and pumpkin juice on the Hogwarts Express.

With this cookbook, dining a la Hogwarts is as easy as Banoffee Pie! With more than 150 easy-to-make recipes, tips, and techniques, you can indulge in spellbindingly delicious meals drawn straight from the pages of your favorite Potter stories, such as:

With a dash of magic and a drop of creativity, you’ll conjure up the entrees, desserts, snacks, and drinks you need to transform ordinary Muggle meals into magical culinary masterpieces, sure to make even Mrs. Weasley proud! 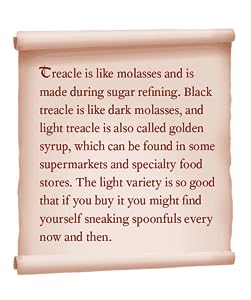 Apparently, Harry loves anything treacle. He’s always reaching for the treacle tart, and he seems to really like the treacle pudding Mrs. Weasley prepared for dessert the night before he left the Burrow for Hogwarts (see Harry Potter and the Chamber of Secrets, Chapter 5).

Treacle is like molasses and is made during sugar refining. Black treacle is like dark molasses, and light treacle is also called golden syrup, which can be found in some supermarkets and specialty food stores. The light variety is so good that if you buy it you might find yourself sneaking spoonfuls every now and then.

1. Fill a large pot with water and place a shallow bowl upside down inside the pot. Bring the water to a boil. Butter and flour a 2½-quart round baking dish or glass bowl and its lid; set aside.

2. Whisk the flour, baking soda, baking powder, and salt together in a mixing bowl and set aside. In a large mixing bowl, beat the butter, sugar, and the ⅓ cup golden syrup or molasses, scraping down the sides of the bowl as needed, until light and fluffy, about 5 minutes. Add the eggs one at a time, mixing at medium speed until incorporated, about 30 seconds after each. Add the lemon zest and juice and beat until incorporated. Scrape down the sides and add the flour mixture alternately with the milk, mixing on the lowest speed just until incorporated and beginning and ending with the flour. Use a rubber spatula to scrape the sides and bottom and fold the mixture together.

3. Pour the ½ cup golden syrup or molasses into the bottom of the baking dish or glass bowl. Scrape the batter into the dish and smooth the top with the rubber spatula. Cover tightly with the lid and place it in the pot on top of the overturned bowl, making sure the water comes halfway up the sides. Cover the pot and simmer for 2½ hours. Check every so often to see if more water needs to be added (don’t let the pot boil dry).

Grated zest and juice of 1 lemon

½ cup golden syrup or light molasses, plus more for serving