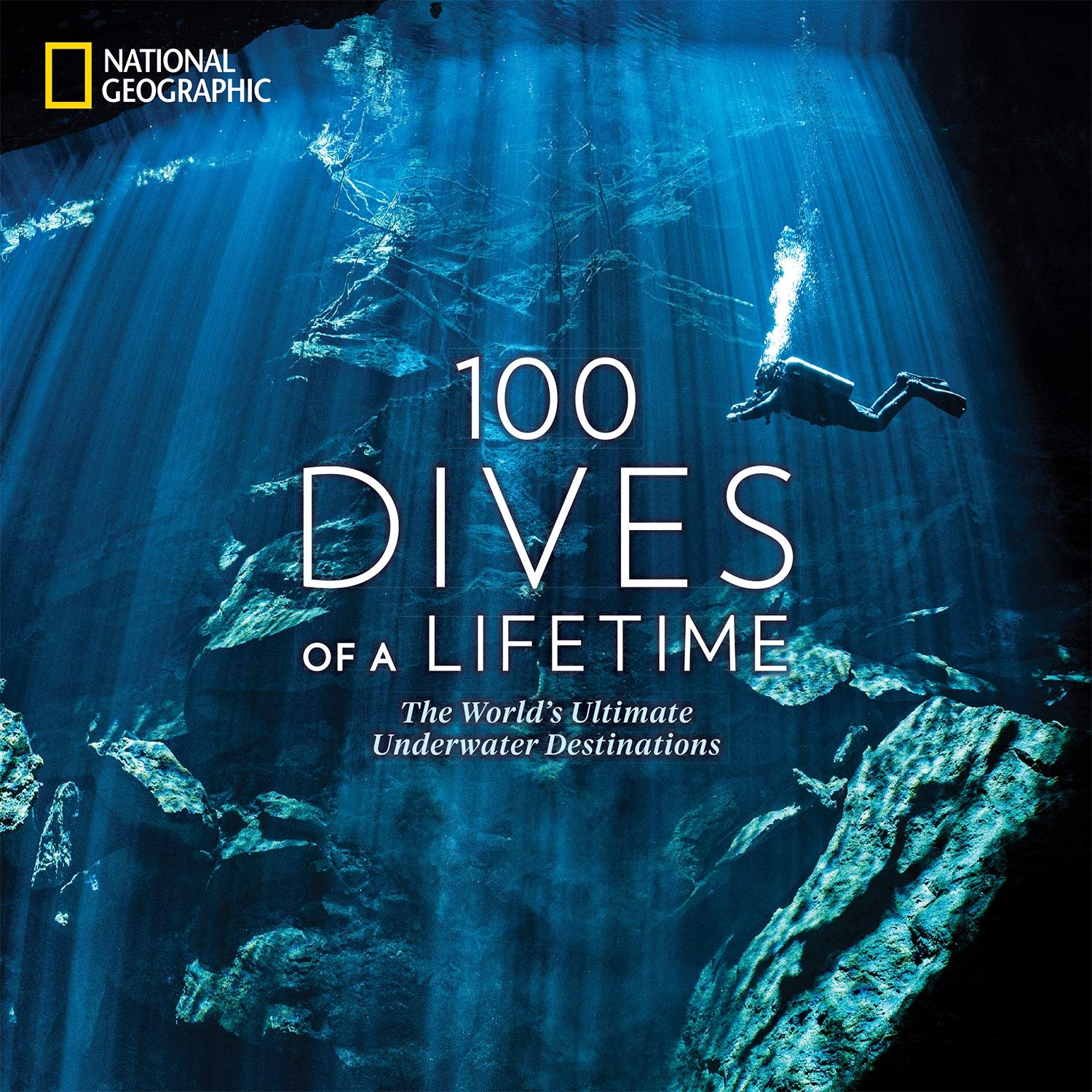 Filled with more than 350 images from National Geographic, 100 Dives of a Lifetime provides the ultimate bucket list for ardent scuba divers and aspirational travelers alike. From diving with manta rays at night in Kona, Hawaii, and swimming with hammerheads of Cocos Island in Costa Rica to exploring caves in Belize’s Lighthouse Atoll and diving beneath the ice floes of Antarctica, this exquisite inspirational book is filled with beautiful imagery, marine life guides, trusted travel tips, and expert diving advice from world-famous National Geographic divers and explorers like Brian Skerry, Jessica Cramp, and David Doubilet. Organized by diving experience and certification level–from beginner open water and wreck dives to expert cold water and cave dives–each location offers a once-in-a-lifetime opportunity to explore the magic of our world’s oceans–from your armchair or with your scuba gear in tow.

Oceans have historically been something that has separated us. An ocean apart. Across the sundering seas. The oceans between us. Now, more than ever before, we understand the sea connects us. It is our shared life support system, a borderless expanse linking one continent with the next. It is our collective history, witness to fledgling seafaring attempts that advanced to legendary voyages, ghastly battles, and staggering discoveries. Divers know the pang of disappointment reaching the half-tank mark when there’s still so much more to discover. Divers understand the rich wonder of seeing a different world—full of color and life—play out in front of their eyes, a world few people get to observe. This shared experience creates a community of fellow adventurers.

This is the place where worlds collide. The North American and Eurasian tectonic plates run side by side in Thingvellir, and divers willing to brave cold fingers can touch geologic history, placing a hand on each continent. Diving the Silfra fissure in Thingvellir National Park isn’t difficult—just cold. After jumping in via a platform, the first thing that strikes divers is the unsurpassed clarity of the water. The visibility of this glacial spring extends hundreds of feet, providing an uninterrupted view of the channel walls, which seem to emanate a glowing blue light.

Isla Mujeres, the Island of Women, is known for its spectacular sunsets, friendly locals, and white sand beaches. Once a former fishing village, it’s now known for one thing: the largest aggregation of whale sharks in the world. Although the experience is snorkel-only, it is unforgettable: Sharing the water with these distinctively patterned behemoths is both peaceful and exhilarating at the same time. Incredibly docile and agile, whale sharks are protected here by the establishment of the Whale Shark Biosphere Reserve in 2009, and whale shark tourism is highly regulated.

Norfolk Island is one of the most geographically isolated communities in Australia, which makes it one of the most geographically isolated communities on the planet. Located northwest of New Zealand and east of Brisbane, smack in the middle of the Tasman Sea, Norfolk Island is as unique, odd, and untouched as its volcanic neighbor, Lord Howe Island. The island’s underwater volcanic landscape is a playground for scuba enthusiasts: Caves, chimneys, tunnels, chasms, and reefs surround it, offering up more than 30 unique dive spots.

Known locally as Rejo te Kavachi (Kavachi’s Oven), it’s not a stretch to imagine a restless and willful ocean god fretting and fuming beneath the waves, chafing at mortal confinement. Divers would be unwise to venture too close to Kavachi’s Oven, but you can dive close enough to feel the sea god’s presence. Kavachi Corner is a spot 18 miles south of Kicha Island, northeast of the volcano, an open water dive frequented by spawning giant trevallies and mobula rays. The Solomon Islands are renowned for a wide variety of dive locations, from WWII wrecks, to mask-ripping current dives, to underwater volcanoes. Due to its spread-out nature and lack of infrastructure, liveaboards are a good way to explore what the Solomons have to offer, including Kavachi Corner.

One year after her maiden voyage, the M.S. Zenobia capsized and sank near Cyprus. Launched in 1979, this Swedish-built ferry now lies on her port side, in depths ranging from 52 to 141 feet (15.8 to 43 m). The M.S. Zenobia’s cavernlike hold offers an unusual penetration dive for those with the experience and training. When the ship sank, it slipped below the surface with more than 100 vehicles chained to its cargo deck. Conditions of the Zen are deteriorating, which is why—coupled with the depth and swim through opportunities for divers with experience—it’s classified as a more challenging dive. The ship is still holding together, but sooner is better than later if you’d like to dive the Zen.

Lake Titicaca is an ancient lake thought to be three million years old and a UNESCO World Heritage site. This is the world’s highest dive site within recreational limits. Divers who want to try their hand at this unique and ancient spot need to go through the Bolivian Navy’s high-altitude diving center to receive a diving brief, as well as a test in the center’s decompression chamber. The altitude makes this dive more challenging—that and the fact that it’s still a relatively unknown dive destination. However, for intrepid divers, this is an ancient place.